Rhino And The Lion Story lioness and the rhino

Hey Mr.Rhino, can you spare some time to hear me?” the lioness asked a rhinoceros. “Sure, mam, what can I do for you?” asked the rhino. “You rhinos are creating a lot of problems for our hunting. When we hunt animals, you rhinos come in between us and our prey, and we miss our targets. If you continue to do this, we have to attack you for our survival,” warned the lioness.

“Ok, mam, we will be more careful about that. We are not doing that purposefully. Your hunting time happened to be the same time we rhinos go for grazing in the meadows. Why don’t you change your hunting time?” asked the rhino. “Ok, no argument, in terms of our tradition, let’s organize a fight tomorrow. One of our best lions will fight with your best rhino. Who emerges as successful can change the hunting time of the other,” said the lioness.

The next day the lions and rhinos gathered at the mountain valley. The giraffe referee whistled, and the fight began. A young lion came forward to fight with a young rhino. The lion jumped upon the rhino, but the rhino shook him off. Then the rhino took the lion on his hone and threw the lion away.  The referee declared rhino as the winner.

Now the time for a decision to fix the hunting timing. The rhino addressed everybody. “Ok, we rhinos won the battle, but that doesn’t mean that the lions need to change their hunting timing. It’s because that’s the best time they get food. Instead, we are changing our time,” the speech was followed by cheering of all the animals assembled there. Everybody was happy at the rhino’s decision to maintain a peaceful atmosphere. 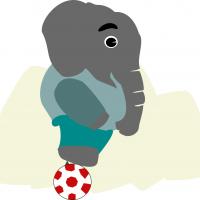 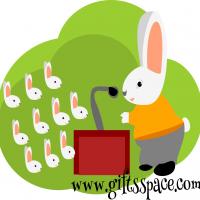 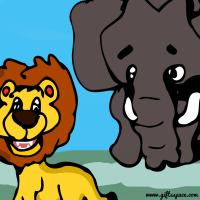 The Story Of The River