Searching For The Intruder 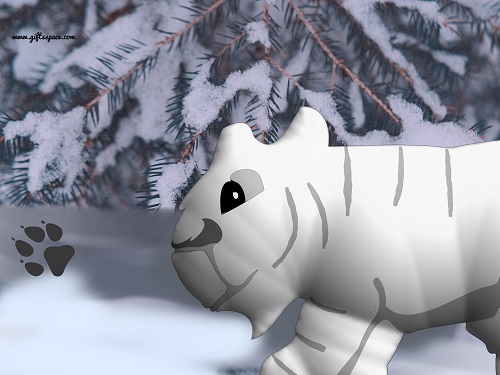 Looking For An Intruder

Somebody has encroached into my territory. I have to do something. I can see the proof, the paw marks in the snow! Let me check who the intruder is and fight him out of my territory. The angry tiger walked around searching for the intruder. This is strange, I have to do something immediately. There should not be two tigers in one territory, that’s the law of the land, he said to himself.

Hey, look, the tiger detected some kind of movement in the bush. I am sure, somebody is sitting behind the bush. The tiger was sure about the presence of an intruder. I must search now, but what if the intruder is stronger than me? I can’t fight with a tiger stronger than me. So I have to be careful in dealing with the intruder. If it is a cow from the village, I am happy. Anyway, first let me see who is inside. The tiger peeped into the brush. But to his ultimate surprise, a beautiful tigress was sitting behind the bush there smiling at the tiger.

The tiger was happy, he expected an intruder, instead found a life partner. He took her to his den, they both lived a happy life thereafter. 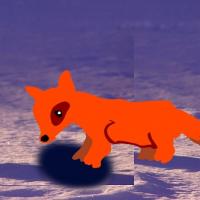 Digging In The Snow