It was winter again in the forest. The baby fox was very thrilled to see the snow. He was so excited by the falling snowflakes, it was his first-ever snow experience.  With wide-open eyes, he looked around, all places were covered by the snow. It was like a white blanket over the mountains and the land. He wants to spend the whole day outside.  “Look, baby, too much playing in the snow will make you sick. It’s time to go home and have some food. I have got a special rabbit meat dish for you today morning,” said his mother. The fox child was not interested in going home because he liked the snow very much. He wanted to play for some more time in the snow. “Mother, how long this snow last?” the baby fox anxiously asked his mom. “Don’t worry, my dear, it will last for a few months. You can enjoy plenty of snow until then,” said his mother as they walked home.

After a few days of playing in the snow, the baby fox was bored. So said to his mother that he wanted to see the greenery and enjoy the warmth of the sunlight, flowers and birds flying around. “Look, my dear son, it will take another few months before the snow disappears after the winter. Until that time, there will be snow. We can’t control the seasons. The only thing we can do is try to enjoy the seasons and get the most out of it.” 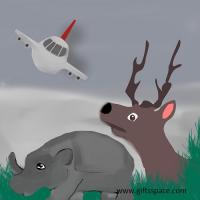 Deer And The Rhino 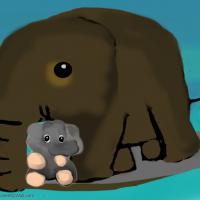 Flooding Times In The Jungle 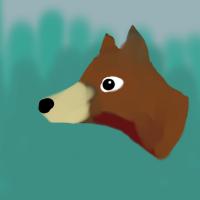