Two Friends And A Secret!

Why you did that?

Deep in the forest, two elephants were good friends. They were such a good friends that they shared everything between them, even the top secrets!  Both the elephants had many things in common. They always stayed together. Not even mighty lions could even dare to challenge them. Friendship has a lot of blessings.

But hearing a secret comes with a responsibility too! to keep it as a secret. One day, one of the elephants shared a big secret with the other elephant.

If you can’t bear a secret, don’t take it!

Now that it spread like wildfire. Each animal did its job in spreading the secret by sharing the secret with its next best friend. Each one asked the other one not to tell anybody. Now, all the animals know about the secret.  So the elephant who first shared the secret came to his friend and started arguing. After a tough argument, their friendship was broken.

If Keeping a secret is hard, better not to take it, or the friendship is ruined forever! 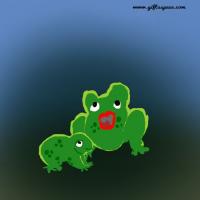