Tiger On A Train 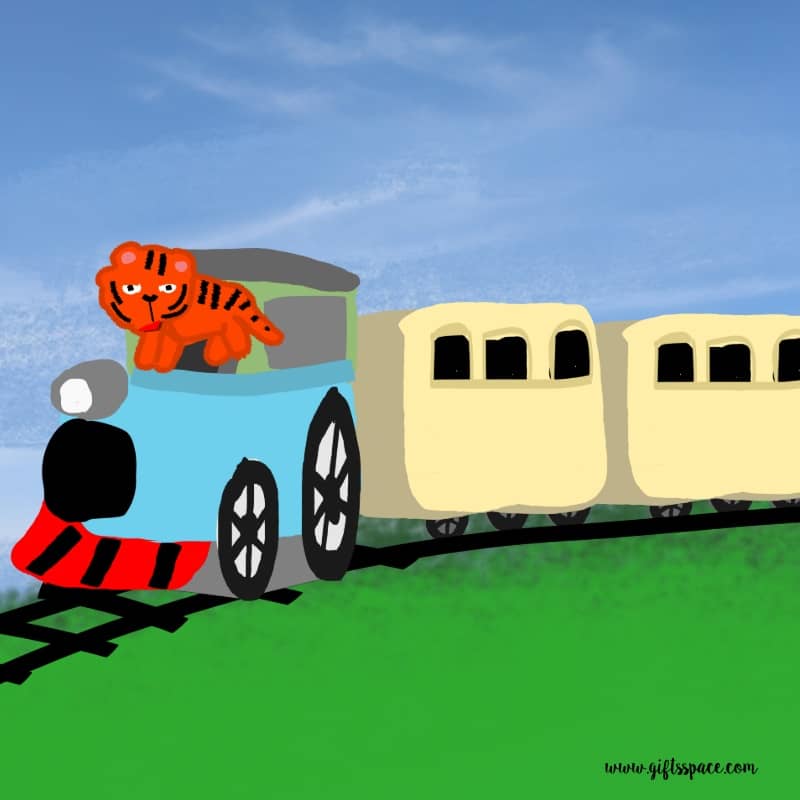 I Can't Sit Here, It Is Too Hot Here!

In an attempt to impress the tigress, the tiger decided to perform a stunt. He jumped onto a running train from the top of a tree. Somehow it managed to balance on the moving train.

“Hey, Mr.Tiger, what are you doing?” asked the train engine.

“Oh, I was just performing a stunt to impress my fiancee,” said the tiger.

“See, I can’t stop, and I am running too fast, how will you get down? My destination is a hundred miles away,” said the train engine.

The hot engine made the tiger uncomfortable. It couldn’t sit there for long, The tiger cursed himself for jumping onto a running train. All the tiger could do now was to wait for the train to stop at the next station.

“Showing A Stunt On A Moving Train Is Dangerous”

The tiger heaved a sigh of relief, got down immediately from the train, and ran to a lake nearby to cool down himself. The train laughed at the tiger.

“Never jump onto a moving train,” the engine said.

“I am sorry, I will never ever try that stunt,” said the tiger while running towards the lake. 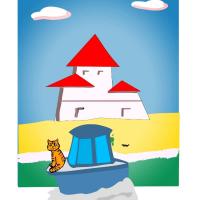 Cat And HIs Fishing Boat Adventure