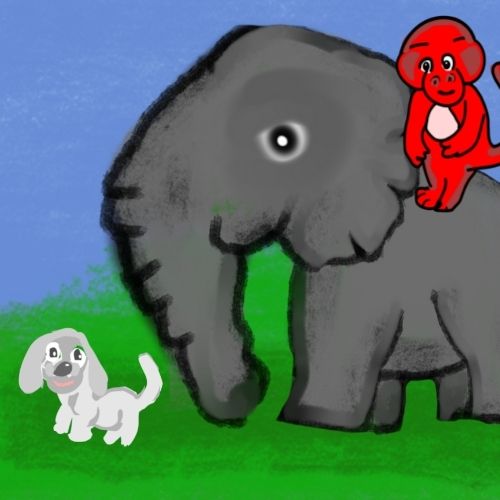 The elephant, dog, and monkey were friends. They were often seen together, playing, telling jokes, and doing adventure stuff.

“Let’s go somewhere for a picnic,” said the elephant.

“Picnic? Where will we go?” asked the dog.

“I know a beautiful place. Let’s go there, and you guys will love that place,” said the monkey.

They started off in that direction the monkey told them to go. The monkey sat on the top of the elephant to see the place clearly.

“Hey, stop now. I see something glowing from a distance. Oh, my God, it’s a wildfire. We have to do something right away, or the entire forest will be wiped off by the wildfire,” the monkey screamed.

All the animals thanked the three friends for their prompt reporting of the wildfire. They were rewarded handsomely by the lion king. 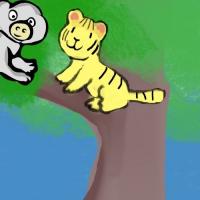