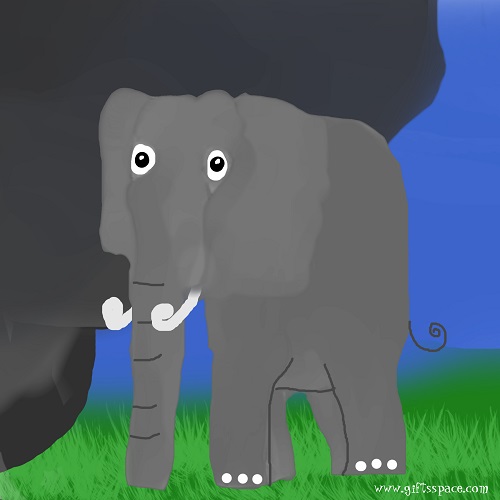 The elephant is hiding behind the rock not because he is a coward, but because he is intelligent. He saw another big elephant on his way. If they meet each other, probably they would end up fighting. Have you ever seen two elephants fighting each other? He knows nobody wins in a fight, all he wants peace by avoiding an unnecessary fight over nothing!

Yes, he is gone, another tough elephant who wants to fight always. After making sure that the other elephant is gone, he came out from behind the rock and went his way happily singing a song.