The Friendship Of Opportunties A cute little dog was walking down the streets, looking for something to eat. For the last two days, he was starving. At first sight, anybody can understand that the dog doesn’t belong here. Yes, he was a much-pampered pet dog, belonged to a rich family in a faraway city. He got separated from that family during a train journey. Now he is homeless.

It seems, he found something to eat. But before he could lay his hands on the food, some street dogs appeared from nowhere and to snatch the food from him. He had to let it go or else his life was in danger. It is a cruel world, he thought.

He had an idea when he saw a young guy performing a solo band. He went near him and started dancing in two legs to the tune of his music.

There was a little crowd formed around them, and everybody seemed to love the dog tricks to the tune of music. They got some good money.  Both of them went together and bought some food from the nearby restaurant.  They had a great lunch together. So it became a daily show on the street. Soon, a newspaper covered the story of the duo, and the dog got an opportunity to act in a film. They made good money and owned a palatial bungalow. For years, the dog acted on films and made the young guy super-rich. He took care of the dog very well. Yes, it was a story of a long term friendship that turned obstacles into opportunities. 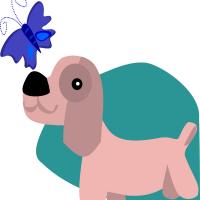 Story Of A Special Friendship 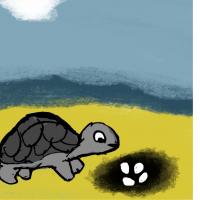 Turtle And Her Children