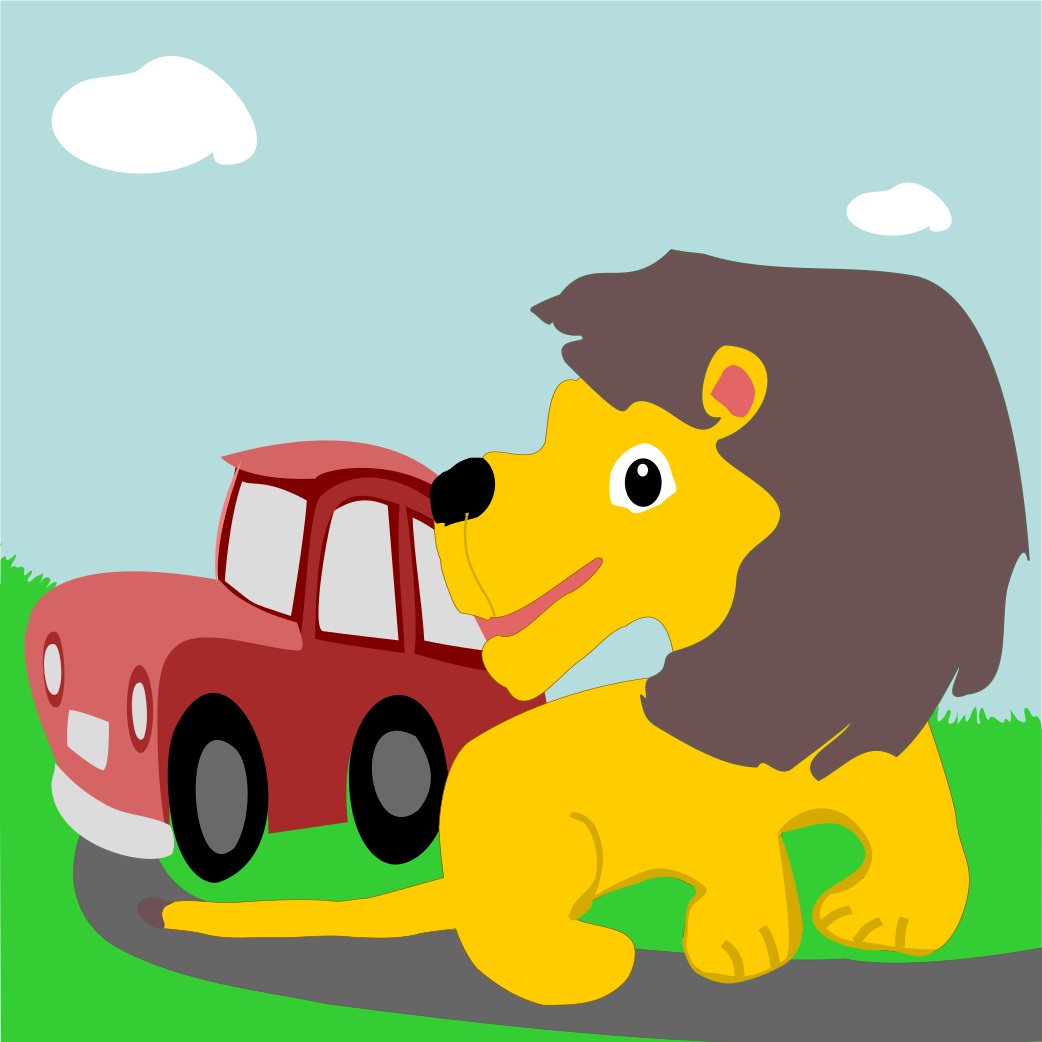 Pose for a photo, please

“I am fed up with these crazy adventurers, they want to pose with me to show that they’re brave,” the young lion roared to show his disappointment. Just then a cute brown car stopped just near him. People from the car screaming with excitement as they saw a lion that close! The Lion, with his body language made it clear that he has no interest in them.

“Hello Mr. Lion, how are you?” the cute brown car tried to strike a meaningful conversation with the lion. But the lion was not in a mood to listen to him. “I am not fine, I don’t like anyone in my privacy, get out from here,” the lion roared.

“But Mr.Lion, you see, these people are happy to see a Lion like you. You are a real hero in their eyes. See, they’re taking your photos. Who knows you become famous by getting published in one of those International wildlife magazines.” the car said.  This made the lion quite happy, turned his head and he smiled at the camera.