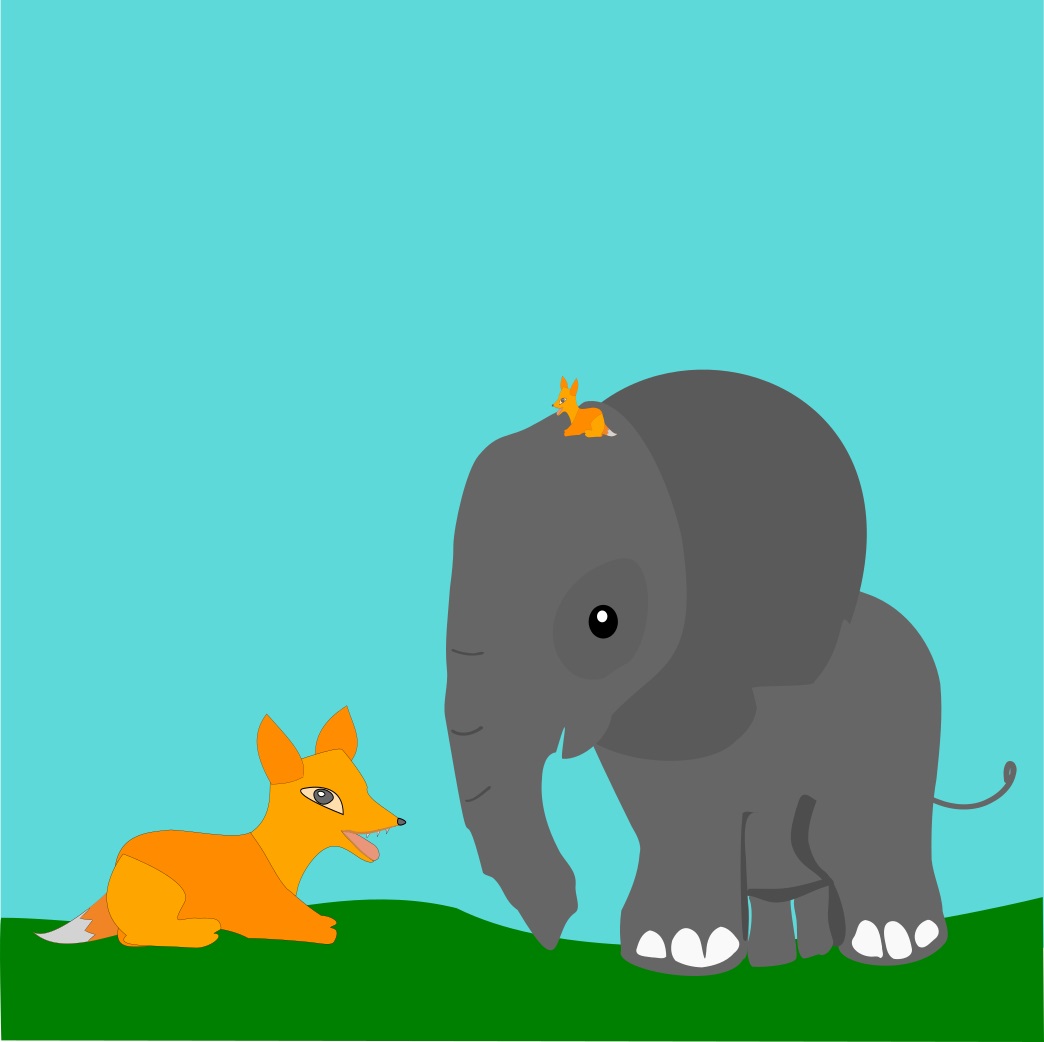 “Hey Foxy, how are you,” asked the elephant. “I don’t know what to say. I am too worried about my son, a lion took him away to work as his slave. That lion is very strong and cruel,” the fox said.  “Oh, don’t worry, I will take care of him,” assured the elephant.

The elephant went straight to the lion’s cave. There he saw the poor little fox staring at the lion’s eyes and lion shouting at him. Seeing the elephant, the lion came out of his cave and asked him what he wants? The elephant asked him to leave the fox child with him, said that his mother is waiting for him. “This fox is my slave, you have no authority to take him from me. If you want to take him away we’ll fight. If you win, you can take him” said the lion. The elephant agreed, and there was a fierce battle.

The lion jumped on to the elephant head. It was a usual trick lions employ while fighting the elephants. But the elephant shook his head, and the lion fell to the ground. The battle continued for hours, and finally, the elephant won the battle. He threw the lion away with his mighty trunk.

The fox mother, who was anxiously waiting for her child saw the elephant and the fox child coming from a distance. She jumped with joy. She was short of words while thanking the elephant risking his own life to save her dear child. 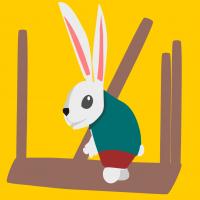