Old Lady And The Lion 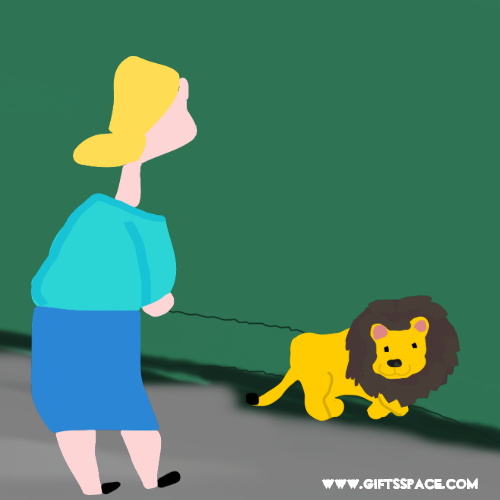 Oops, That Lion Saw Me
Previous||Next

The old lady was collecting some firelogs from the forest for cooking. She was very poor, and every day she was in the forest collecting the firelog. She had a big family and she required a lot of firelogs every day There was a river flowing, crossing the river, it was a dense forest with many wild animals roaming freely. Of course, it was dangerous to go there.

Suddenly a lion appeared from nowhere. It was on the other side of the river staring at her. The frightened lady couldn’t utter a single sound from her lips. The lion could swim across, but it didn’t. The lion returned to the forest where he came from.

The lady was greatly relieved, continued to collect the firelog. After shd had enough firelog, was about to return to her home. But again she saw an unexpected thing, a big wolf standing in her way. This time I am finished, she thought. She started praying to God for help. She closed her eyes for the worst. But then something unusual happened. She heard a lion’s roar. It was the same lion she saw in the morning standing on the other side of the river roaring at the wolf who was blocking the lady.

The lion was like giving a warning to the wolf. The wolf ran away because the wolf knows how bad it is to ignore the lion’s warning. The lady thanked God for the special protection he sends to her. She waved at the lion and happily returned to her home to tell the great story to her grandchildren. 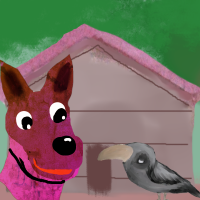 Raven And The Dog