Jehovah, the God in the heavens asked Noah to make a big ship, an arc. For Noah, it was a mammoth task, which he had no prior experience in any kind of ship building. But, God then gave clear instructions and complete specifications on how to make that big arc, strong enough to hold a large number of animals and his own family.

The Arc Is Ready, Now What?

Noah did just as God had instructed him to do. He and his three sons went to the forest, cut down big trees and brought them together, and they started building the arc. It took some time may be months or years in arc building. He meticulously followed the specifications god mentioned. Soon, the arc was ready. God asked Noah to take all their possession, the animals and birds pair by pair. Each species of animals were inside the arc. After that God asked Noah to close the door of the arc. Now nobody else can enter into the arc people were laughing at Noah and his family. They mocked Noah and said that he was crazy building the arc. But Noah warned them about the flood. If they wanted to save their life, they had to get inside the arc. But people just ignored Noah’s warning.

Now it started raining, day and night it rained. Heavy rain for forty days continuously. Everywhere it was water. The arc was afloat on the water. All the remaining life forms on the earth were perished by then. As humans, only Noah and his family survived the flood, others, who mocked Noah were too perished in the flood. 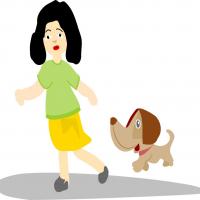 Searching For The Missing Family Of Bingo. 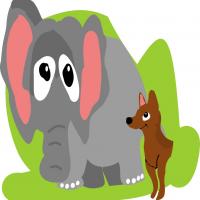 Barking Dog And The Elephant Story