I Found You Baby!
Previous||Next

One more question Jingo, how you are going to find out the missing baby elephant? Asked the Fox journalist. No, I can’t tell you that, replied Jingo the Police Elephant. I have my own plans to find the missing animal and may take different routes as appropriate, which I should not disclose to the general public. As a smart police officer, I make sure that no information is leaked as it will affect my investigation said Bingo.

Where are you baby?

Tired from searching, he stopped by the side of a river to drink some water. He saw some small footprints. He was almost sure that it was of the missing baby elephant. He followed the footprints. Walking a few miles, he couldn’t believe his eyes. There, the elephant baby was playing with some Lion cubs. Jingo had a hard time to get the baby out of Lion’s den when the cubs were sleeping.

It was a very sensational reunion the missing baby with his parents. Fox journalist wrote a big hero caption for Jingo. Back at the police station, Jingo got another call informing that there is a big fight between a Lion and a Rogue elephant. He is on another mission.

Smart Rat And The Greedy Cat 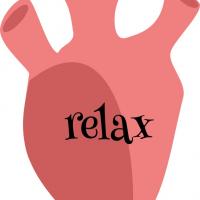 I Am Your Heart

Smoky Has A Story To Tell You