Finding A New King For The Animals It's Time To Retire

King Lion had a roaring past, but now he is old and can’t even run fast. He was a powerful king, hunting down even elephants. But now he’s old and finding it difficult to even hunt properly.  “It’s time to enthrone a new king so that I can retire peacefully.” he thought.

So he announced his retirement plan. All animals became sad about his decision because he was a great king. The King announced a contest to get the new king.  Whoever wins the fight will become the next King.  Two Lions came forward. Both were strong and powerful.

So, the king ordered a fight between the two lions. Whoever wins the fight will be the next king. There was a big fight between the two lions with the dust forming a cloud. Nobody could see what is happening or who is winning.  After the fierce fight was over, one Lion was lying on the ground.  The other lion was declared as the winner. The old king came forward and crowned the winner Lion. 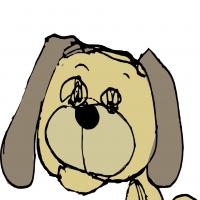 Do You Think I Am A Silly Dog?