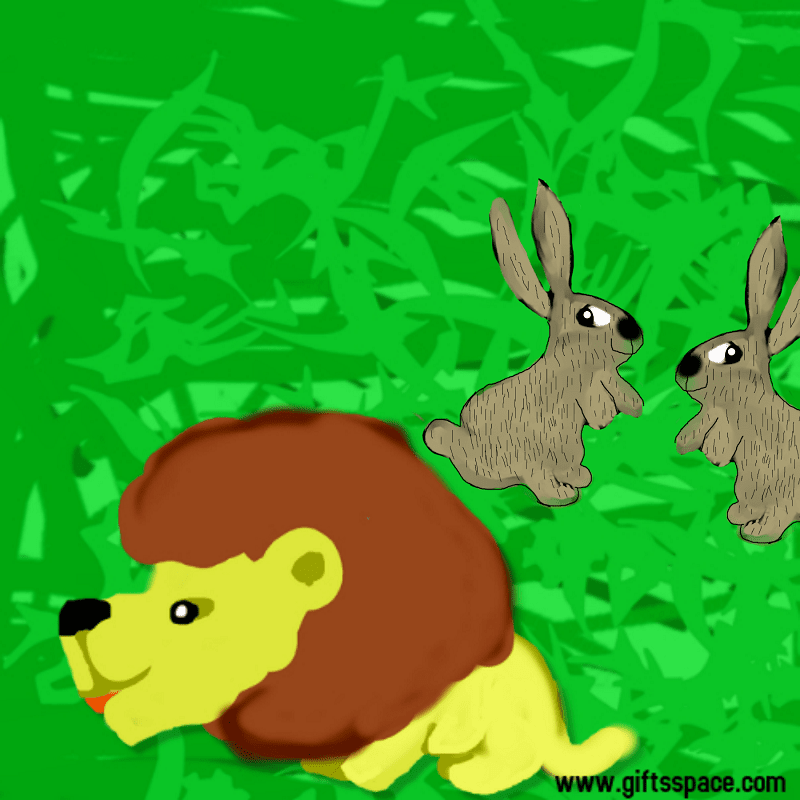 What are they talking?

The lion overheard the two rabbits talking had about him. They were talking about the lion, how good he is, and the good things he is doing for others, about his kindness towards small animals like them. The lion was hearing somebody praising him for his first time for the good things he is doing. Hearing that conversation, the lion changed his mind as he turned kind towards the rabbit. He went to another place for the hunt.

What happened was this. Two rabbits saw the lion coming, but it was too late for them to escape. So they decided to play this trick. Rabbits started talking good things about the lion in the hope that it will melt the lion’s heart, and that happened. They saved their lives from the lion. 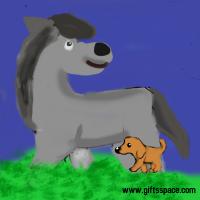