The dog was running through the forest, he was a part of an expedition team trekking through the forest. “Hey, I see a huge rock over there, let me go there and climb upon it so that I can have good view of what lies ahead,” thought the dog. When he got near to the rock, he got frightened, it was an elephant behind the thickly grown grass. “Oops, I am wrong, I thought it was a big rock, you are a huge elephant, I admire your big size,” said the dog.

After the initial embarrassment, both the elephant and the dog became friends, started chatting. “Why are you hiding, you seem to be very frightened,” said the dog. The elephant said that he saw a group of hunters, that is why he was hiding behind the grass. He said don’t worry about the hunters. He told the elephant what he saw was a group of good people who were on an expedition and not hunters. That news helped the elephant to relax.

“Ok, you be here, let me go back and lead the team to you. They will be happy to meet you,” said the dog. The dog then ran to the team and brought them to the elephant. The dog introduced the elephant to the expedition team, the elephant smiled at them.

The team was very happy about it. They were seeing an elephant at such a close distance for the first time in their life. Cameras went clicking, they had some beautiful photographs of the elephant. “You are going to be popular when your photographs will be published, said one of the team members.

They gifted the elephant with some bananas to eat. The elephant was also happy about the banana gift. Finally, it was time to leave, the dog said goodbye to the elephant and promised him that he will be back with another expedition team. The elephant thanked the dog for the great time he had with them.

Baby Elephant And The Jackfruit 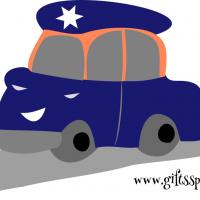