The red rooster was an expert in worm-spotting, won’t leave any worms he sees in the soil. Any rooster loves to eat worms. Once he spots a worm, he will not waste any time, just a gulp, and the worm becomes his food.

It’s his morning walk, early in the morning. After his wake-up call, the first thing he does in the morning. He loves to walk around for some time. Why because he wanted to make sure that his family is safe and stay away from danger.

He has a busy schedule today. There is plenty of stuff for the rooster that day. He spotted many worms here and there in the backyard. They are everywhere, so hunting for worms is not a problem for him. He can be choosy here. He will choose only the best one. He saw a fat worm moving slowly and stood before that for that gulp.

The Untold Story Of An Earthwork

But the earthworm has a different story for the rooster not to eat him. He said that he is doing a great job in the soil to make the land fertile. He is helping farmers to grow more vegetables so that we all get good stuff to eat. Now the rooster wants to ask you a question. “Hey friends, what do you think? Shall I leave him or eat him?” Ok, in that case, I will leave him, let him do his duty. An earthworm is doing a great job in making our land fertile. 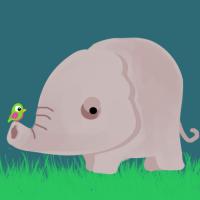 Bird And The Baby Elephant 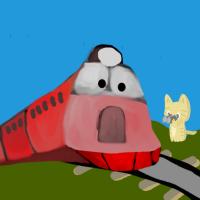 Cat And The Train Story