Happy to meet you bro!

After long years of their forced separation, another flood brought them together. When two tigers saw each other there prepared for a fight. It took some time for the tiger bros to realize that they were brothers in flesh.

Usually, the tigers are over-concerned about their privacy. They won’t tolerate somebody encroaches on their territory. Anyway, before a fight happened, they were lucky to realize that they were brothers, they were overwhelmed with joy, hugged each other.  They had a lot of stories to share, grueling and adventurous stories after their forced separation.

It was a happy reunion for the two tiger brothers who met after a long time. They got separated by a heavy flood some years ago. Two tiger cubs afloat in two directions, where they grew up fighting for their life.
“No flood will never separate us, let’s stay together always!” they took a pledge that day and started to live happily supporting each other. 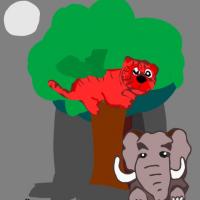 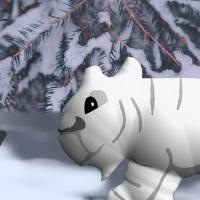 Searching For The Intruder

Digging In The Snow