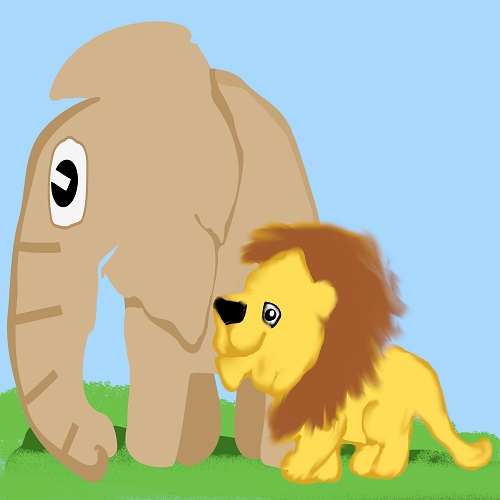 At last, we are free from the hunters!

One day the elephant spotted hunters in the wild. His first thought was to attack them, but he had a second thought not to attack but to observe what they were doing. The hunters had powerful guns with them, and can easily shoot him down. So he wanted to get rid of the hunters from his area with the help of the mighty Lion. He rushed to King Lion, told him about the hunters. The Lion listened to the elephant carefully and commended him for his patience. They made a detailed plan to make the hunters leave their territory.

The hunters were shocked to see both an elephant and the lion together. They ran away from that place, leaving their guns and tent. The elephant smashed their guns under his big foot. Other animals praised the duo for their braveness and saving the animal community. 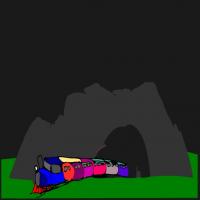 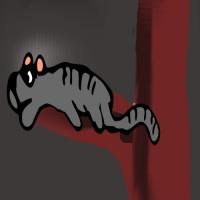 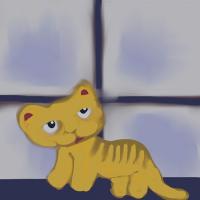 The Best Gift He Ever Received