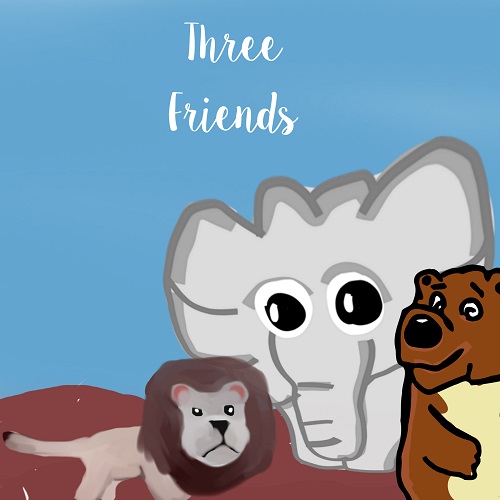 An elephant, a bear, and a lion were friends. Their friendship grew day by day, helping each other. Together they were a perfect team helping other animals too. Other animals would come to them to solve their problems and the team would help them without wanting anything in return.

It was a fine evening, the elephant was walking alongside the river. He heard a strange noise from behind. Looking back, he saw a vehicle speeding away. With a shock, he realized hunters are in the forest. The elephant ran for his friends. They had to act fast before the hunters start hunting animals. The three animals discussed in length how to get the hunters out of the forest.

They waited for the night to fall for their operation. The elephant walked to the place where the hunters were tented. There was a big tree behind the tent. According to their plan, all he has to do is to uproot the tree, so that it will fall upon the hunter’s tent. His friends, Lion and the Bear were watching everything from a distance. If the elephant is caught in action, they will come for his rescue, that was their action plan!

The elephant silently reached the hunter’s place. It was a cold winter night and all were sleeping comfortably in their sleeping bags. The elephant, with all his strength, pushed the tree. After several attempts, the tree began to uproot. Just then the lion roared. Hunters came out of the tent. Behind them, the big tree trashed their tent and their vehicle. Hunters lost everything, and they ran away. The trio was happy to complete their operation without any casualties. Everything went just as planned. All the animals praised them for their courage smartness. 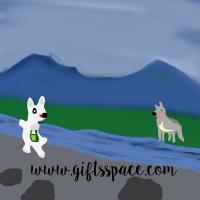 Wolf And The Rabbit Story