Roaring Lion Behind The Iron Bars 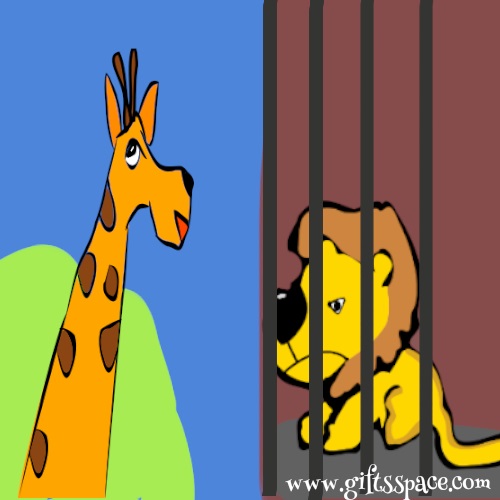 You try to understand bro

One day, the lion king had a very bad dream. When he woke up, he was in a strange place, behind the iron bars. He was captured from the jungle and brought to this new place, in a Zoo. Everything was new to him. He was surprised when he saw a familiar face there, it was the high necked Giraffe. Back in the jungle, the king lion was a terror, who roamed around freely hunting other animals. He showed no mercy in attacking them. But here he was caged behind the iron bars. Above anything, what most worried him is that he saw the Giraffe was roaming around freely while he is behind the bars.

The lion was angry about his caged life. He thought he was the king, but now the king lost his power. How is that even possible? He couldn’t understand it. He roared, but nobody was hearing him or running to escape because the lion was caged. Giraffe laughed at the lion, and said ” Look Mr.Lion, you might be the king of the jungle, but here in the zoo, you are another animal just like the rest of us. There is no point in becoming angry, if you do so,  the zoo management will put you in a more security cage where you will have no freedom at all.

The lion had to admit the fact that there is no escape from the caged life. He spent the rest of his life in the zoo without any complaint. 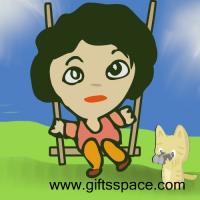