Who Do You Call A Coward? 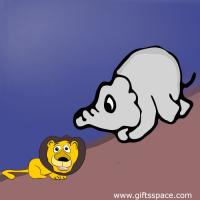 Once upon a time, there lived a cruel lion in the jungle. He was the terror of the jungle who fights with anybody whom he didn’t like. All the animals were fed up with the lion’s cruel behavior wanted to get rid of that nuisance.

One day the lion was taking rest after a hunt under the mountain valley. An elephant who was standing above the mountain saw the lion down, just lost his balance out of fear. The elephant fell down from the cliff.

The lion saw the elephant hurling down towards him had to run for his life like a coward. He thought the elephant was trying to kill him. The lion ran as fast as he could and never returned to the jungle again. Other animals saw this and thought that the elephant was a hero who made the lion running. 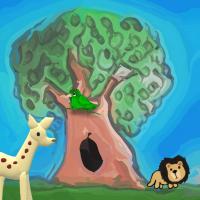 Deer And The Lion 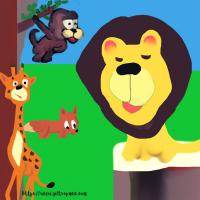 When The Lion Sings 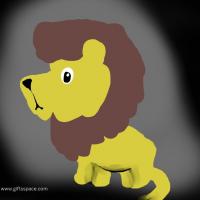