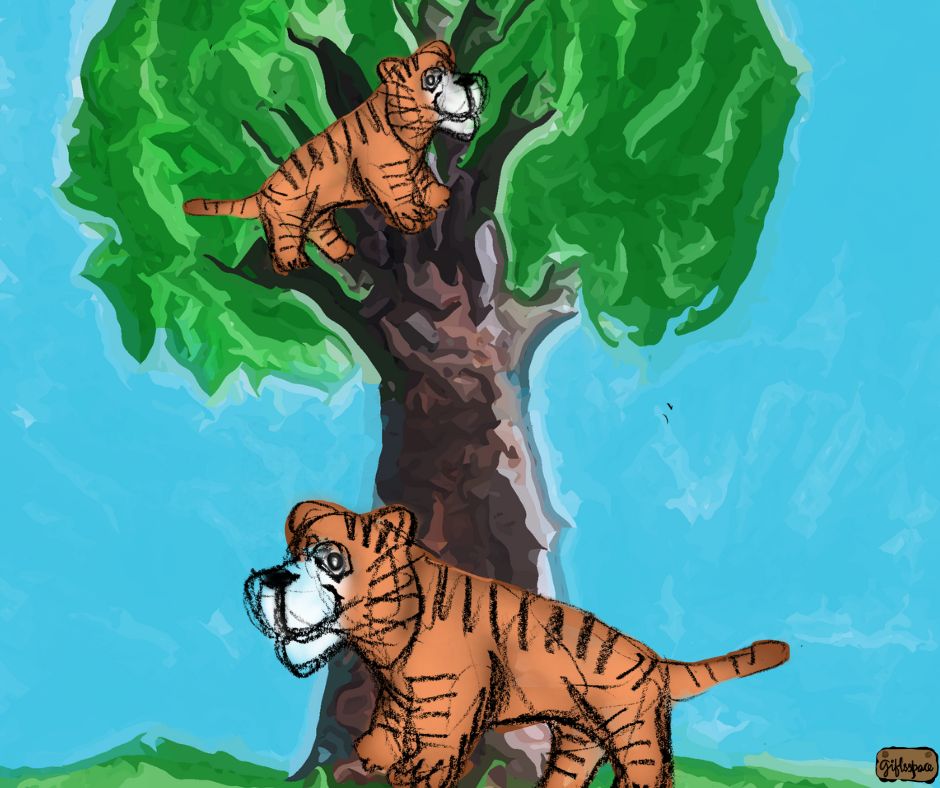 Let's Pose For The Photo!
Previous||Next

Two tigers met after a long time. “Hey, you looks so tired.” asked one of tiger to the other one. “Now-a-days, it’s tough to hunt as the animals have become smarter and faster than we are,” said the other tiger. “Ok, let’s hunt together, I think that will solve our problem,” said one. Two tigers meticulously planned for the day’s hunt.

They saw a big tree. “Hello Dear, I think this tree is good enough for our hunting spot. It has got a big branch strong enough to support a tiger. From above the tree, one could see everything happening on the ground. When our prey comes near, all we have to do is to jump up on that animal.”

So both the tigers have come into an agreement. One tiger will sit above the tree watching the ground, and the other one goes hiding in the bush. When the prey is near, the tiger sitting on the branch will jump, and the one hidden in the bush will come out to help him.

One tiger climbed upon the tree and made himself comfortable on the tree branch. Around midnight they heard a sound. The tiger on the tree jumped upon the prey. But something was wrong. He landed on a hard surface. To his horror, the tiger realized that he landed on the top of the big elephant. At that time, the tiger from the bush also appeared. The elephant was angry at the tigers. Both tigers had a hard time dealing with the elephant who threw them away.

The tigers learned a lesson the hard way. Never jump to a conclusion without a strong evidence. 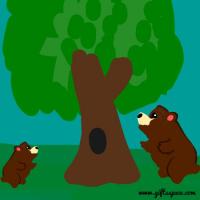