Lion King And The Animals He is ill!
Previous||Next

The lion is not seen for a few days. All the animals got anxious about their king. But nobody dares to go there and find out what happened to the lion. A monkey had a great idea, he asked the lady giraffe to go to Lion’s place to see what happened to him. “Why me?” the surprised lady giraffe asked. “You have a long neck that will help you to spy the lion without him noticing, standing behind the bush,” the monkey replied. That’s a great idea, all animals agreed to the monkey plan. 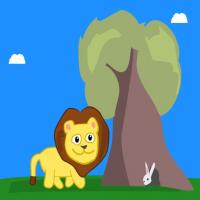 As per the monkey plan, the high necked giraffe walked to the lion’s home. Her heart was beating high, if she is caught, she will be killed by the lion. Soon, she reached Lion’s place. She made sure that the lion was resting in his place and stood behind the bush. With her long neck, she peeped over the bush, saw the lion lying on the ground. He was ill. She came back to the animals and reported what she saw. All animals were worried about their king.

So they decided to go to his place. They went to Lion’s place with the monkey doctor. Monkey doctor gave some medicines to the lion king. It was just a matter of a few days, and the lion became healthy again. He thanked the animals for their timely help all were happy. 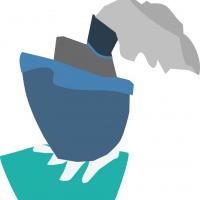 Story Of A Small Fishing Boat