Frog's Green Dress, I Want That! 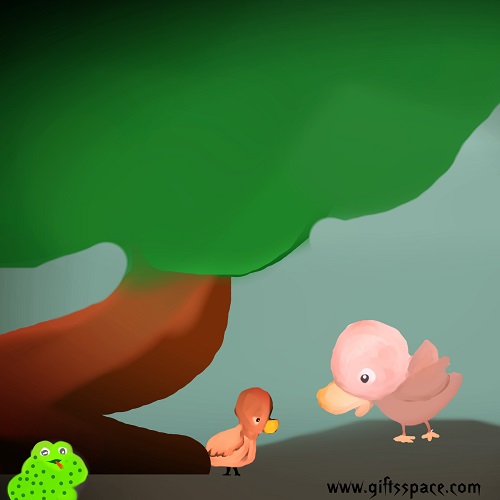 I Was Looking Around For You!
Previous||Next

“I love you so much. I’ll show you around, and we will enjoy the warmth of the outside world,” said the duckling to his younger brother. The young duckling was very happy that day. Her mother gave her permission to go out asked her to take her young brother along with her. So, the two ducklings were walking to the nearby lake. The young brother was too curious about things he was seeing for his first time. It was his first glimpse of the outside world. The sister was explaining things a duckling should be aware of his surroundings to her brother. “Quack, Quack, see this lake, I’ll teach you how to swim,” she said when they reached the lakeside. But there was no reply. When she turned back, she was shocked. Her cute young brother was missing!

“Hey, Mike, where are you? Come out from your hiding place, Please don’t give me any surprise,” she quacked, but there was no response from her brother.

The worried duckling searched for her missing brother frantically. After searching for a while she found her brother, talking to a stranger, a green frog. He wanted to know where the frog bought his green dress and wanted a dress like that. His sister got angry when she found him. “How many times, I called you, and you didn’t listen? Do you know how worried I was when I found you were missing? If you want to come with me come, or I’ll leave you here,” she said.

“I am sorry my dear sister, I just forgot myself when I saw this green dress of the frog. Look, how cute he is in his shining new green dress,” he said to his sister. “Mike, it’s not a dress. It’s the skin of the frog. God made us in different colored skins,” she said. He understood what she was talking about.

Both the ducklings went to the lake and had a good time learning how to swim. 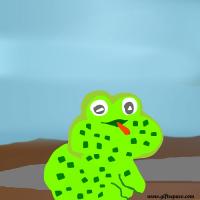 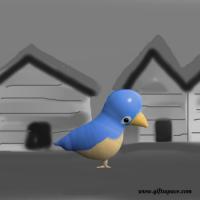 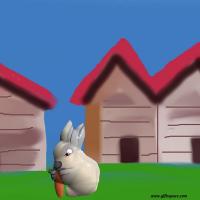 Don't Be So Fast, Ms. Bunny