Fleeing from the wildfire, the elephant ran without any direction. The hot summer made wildfire frequently. On the way he saw a small river. He drank plenty of water from the river. Decided to spend sometime there. He was tired and soon fell asleep. When he woke up he saw a herd of elephants staring at him. The elephant got frightened as he feared that the herd would attack him for encroaching their territory. But the elephants were very kind, asked him about the wildfire. He said about the wildfire and fleeing for a shelter. Elephants invited him to their group and he readily accepted the invite. He thanked the wildfire for the new friends.

Sometimes it’s like that. We get a new door opened when we are at a loss. Make sure you use that opportunity. 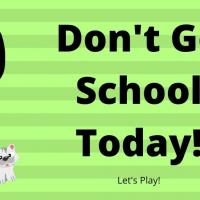