Two Cats And A Treasure Box 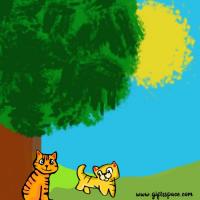 Time to Play Hide and Seek

Two cats were playing a game of hide-n-seek, their favorite game. One goes hiding and the other one searches. One of the cats was searching for the hiding cat. He saw something shining. “Hey, friend, come out of your hiding place, I found something shining here,” the cat called his friend.

Both the cats walked around it. It was a treasure box. They could see shining gold inside a partially opened box. “Hey, we must let our friend Tom know about this, let’s go can bring him here,” both the cat ran to their friend Tom. Tom belonged to a poor family and couldn’t afford to go to school. So there he was, playing with his self-made toys. The cats tried to grab Tom’s attention. “Ok, ok, I will come with you,” said Tom as he followed the cats.

Tom couldn’t believe his eyes when he saw the treasure box. It was full of gold. He brought the treasure box to his home. Everybody in the family was happy about the treasure they got. Tom now can afford to go to school and a good home for the family. Both the cats lived a luxurious life in their own new home which Tom built for them for the rest of their lives. 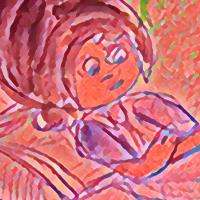 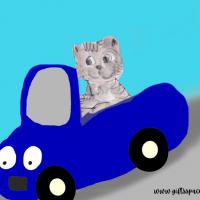 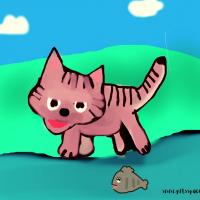 Fish And The Cat