Distracting A Lion Is So Easy 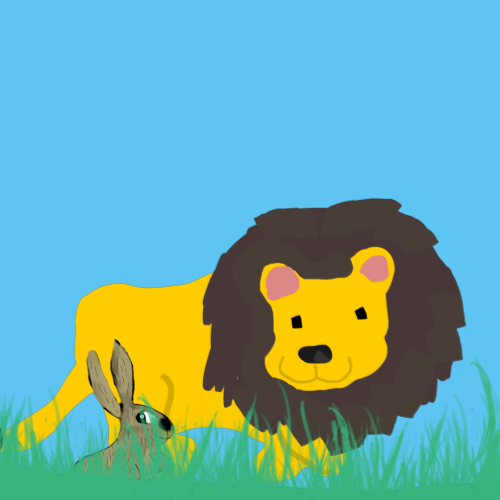 What Are You Doing Here?

The carrot-eating rabbit didn’t take notice of the big lion coming towards him. When saw the lion, it was too late for the rabbit to run and escape. So he decided to play a smart trick on the lion. He remained calm before the lion. That made the lion confused.

“Hey rabbit, aren’t you scared of me? I am here to eat you,” said the lion.

“Thanks bro for letting me know that you are going to eat me. But I have a warning for you too,” said the rabbit.

“Look behind you to see yourself who’s standing there. If you kill me, you will get killed by him,” said the rabbit

The curious lion looked backed to see who’s standing behind him. But he saw nothing. He looked around, he saw nothing. When he turned back to the rabbit, he saw nothing. The rabbit escaped. Keep in mind that the presence of mind can help you to overcome any difficult situation.