Bear Journalist On The Job Um, It's Interesting, Go On!

“Now tell me king, what is your take on elephants encroaching our territory in large numbers?” the bear asked a question to the king. The journalist bear was jotting down the lion’s urgently. He is in an interview with the king lion. The lion said that he and other lions have formed a team to fight out the elephants from our land. Animals in my territory have no reasons to fear those nasty elephants anymore, as he will take necessary steps to prevent those elephants from entering into our territory.

Further, the lion added that if anybody has got an idea about how to teach those bully elephants a lesson could come forward and submit their idea to the king. If their idea is found successful, they will be rewarded.

The interview is over. Now the bear journalist will go to his office, type the interview on his old typewriter, and send it for printing in the newspaper. It was a busy day for him. He just got a new piece of news that his friend, the fox journalist had a skiing accident. He is now rushing to the spot. 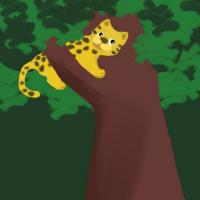 The Tiger Who Never Sleeps 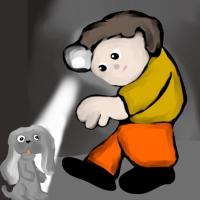 Missing Dog And The Boy