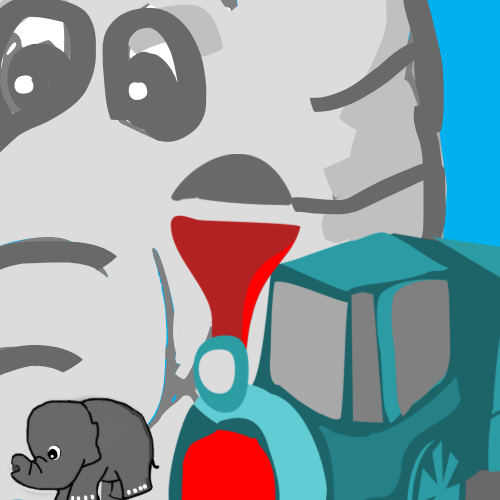 Mother and the baby elephant were grazing in the meadows. There was a railway line going through that area and occasionally, a train comes from a faraway place. Suddenly his mother screamed at him.

“Hey baby, watch out, never go near him.” The baby elephant had a narrow escape hitting by the train. “Mom, who is that, where he is going so fast,” asked the baby elephant.

“He is a monster and will hit us if we are found on its path. That monster never cares for others, anybody found in his path, he shows no mercy. Sometimes he comes silently, and sometimes he screams at us. We don’t know where he is coming from and where he is going! Look at the black thick smoke he’s spitting, he is a real monster,” the elephant mother said. The baby elephant looked at the moving train with fear in his eyes.