There Is A Monkey On The Rooftop 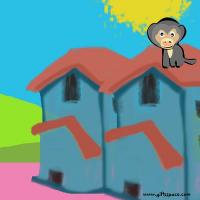 What this monkey is doing on the rooftop? Sh..sh.., he comes from the nearby forest for a friendly visit. He is spotted almost everywhere in the town, busy climbing the electric posts, going inside the houses, and scaring people! What he is curious most about is some good stuff to eat. He goes inside the house, opens the fridge and takes whatever he wants, and then vanishes.

The monkey won’t spare kids too. He won’t spare a chance to snatch the food packets even from the hands of the children! Nobody dares for an encounter with him as he will become angry. So, please do not provoke a monkey. Let him do whatever he wants.

He must have spotted something curious again. Here he goes, jumping from the rooftop to another rooftop of the tall buildings. How fast he goes, but he won’t fall. It’s his long tail that helps him to balance in the air.

Sometimes he holds some entertainment sessions. He performs many tricks to enlighten the children, his biggest fans in the neighborhood. 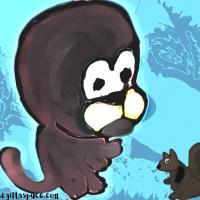 Monkey And The Squirrel 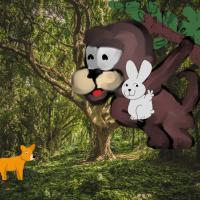 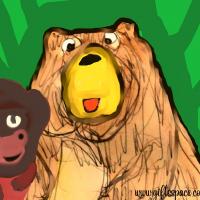 Monkey And The Bear