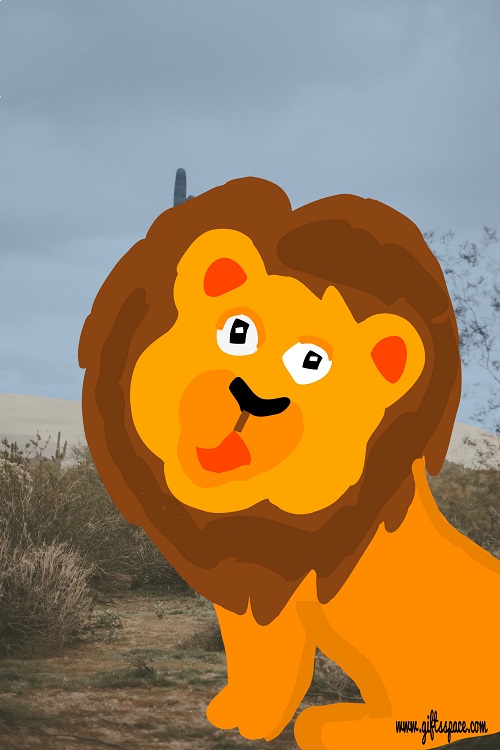 Hey, what is this lion doing here in the middle of the wild desert? This lion is an expert in whistling songs. He learned this art of whistling from a singing bird. He took years to practice the skill, but now he is an expert. Look at how gracefully he sings! The Lion singer almost forgot how to roar!

If a bird sings for good reasons, this lion sings for hunting. The lion finds that it is a lot easier than traditional hunting. When his friends hunt down the animals, roaring and running after them, this lion has made himself comfortable hiding in a bush and whistling. He is a lazy fellow. Roaring and running after the animals, he finds it quite intimidating.

When the lion sings, the curious animals come near to him. They don’t have any clue about who is behind the beautiful song. When the animal gets near to him, that lazy hunter grabs the animal by its neck. Even before the poor animal realizes what is happening to it, it becomes the lion’s food.