The Ultimate Secret, A Cat And Rat Story 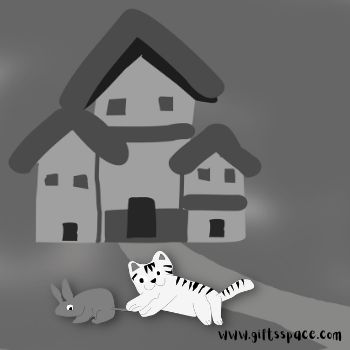 This silly rat was giving the cat a hard time. The day the cat came to this house, it was full of rats, running here and there. The cat did his job crips and cleaning, throwing the cats away and warning them not to come back. Within a few days, the house became free of rats.

Cool, but something was still wrong somewhere. But this one rat was too smart to avoid getting caught. The cat spent a lot of days trying to trap the rat, but all his plans miserably failed. He couldn’t understand why he was not able to catch the rat.

At last, the cat found out how the rat was escaping. There was a mirror opposite the rat hole. The rat would look at the mirror before coming out of his hole. If everything is ok, he will come out after making sure that the cat is not waiting for him.

One day, the cat saw the rat in the mirror. Now he knew the rat’s secret. “Finally, I can call this my day,” thought the cat.

“Ah, it’s safe for me to come out,” thought the rat and proceeded to come out of the rat hole.

“I got you, scoundrel,” the cat shouted. The rat knew that his trick was found out by the cat. The cat took the rat out of the house and warned him not to come back again before throwing him.

But the rat was not going to stay away from the house. He’ll come back, but with another idea to escape the cat! 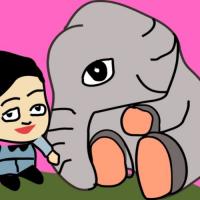 Boy And The Elephant