The King Is In Meditation “Be careful! The Lion King Is meditating,” said the elephant.

The lion was sitting there inactive for a long time. Nobody had any idea what was going on with the lion. Usually, the lion is found roaming around hunting animals. It is unusual for the lion to sit like this.

“I know the reason. The king’s stomach is upset, as he had a big hunt yesterday. He ate too much. Eating too much will make anybody sick. The doctor advised him to take rest,” said the monkey.

The big question is how and when the lion will end his meditation so that small animals can pass through that way. 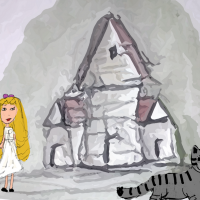 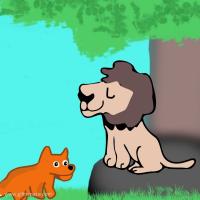