The Fox Couldn't Believe His Eyes

Is It A Dream?

“Wow, today is my day. It’s a long time since I had tasted rabbit meat,” the fox couldn’t believe his eyes. The fox saw two rabbits, totally unaware of the fox’s presence. He was too excited.

The rabbits were playing near the bush the fox was hiding. But the fox waited there for the right opportunity to catch the rabbits. The greedy fox wanted to get both the rabbits in one go.

The fox had to abandon his mission and run away from the place. The rabbits had a miraculous escape from the fox.

“Only if I had used the opportunity instead of being greedy,” the fox regretted. 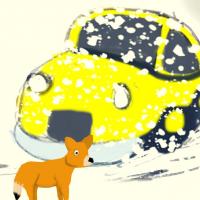 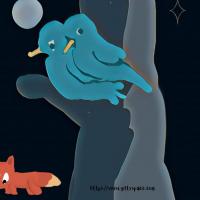 Birds And The Fox 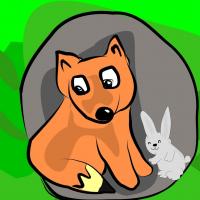 Too Shy A Fox