Years ago, he was a desert warrior covering thousands of miles, running along the desert dunes. The steam engine worked hard, running miles and miles under the hot sun.  Have you ever wondered how a steam engine works? He gulped a lot of water, turned that into steam to power the pistons. The steam engine ran tirelessly. He ate a lot of coal to boil the water, his firemen worked hard, just like him.  Every time he gets slow, they poured more coal into his heat chamber and regained the speed.

One day he was running at his full speed. Everything seemed to be ok. But all of a sudden, he stopped. The driver and the firemen did all they could do to make him run again, but they failed in their attempt. Everybody was upset, and he was too. There were a few passengers also on board. He was deeply worried about his passengers.

Soon the engineers came and inspected him. Immediately they were able to found out the reason why he is not running. One of his pistons was damaged. It took a few hours to fix the engine. The hardworking engineers did it. They worked hard and finally were successful in fixing the problem. He whistled in joy, started running again.

Read his full story Smokey and his steaming adventures. 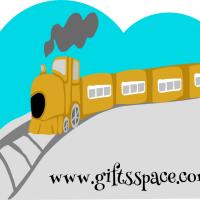 I Am Smoky, Do You Know Me? 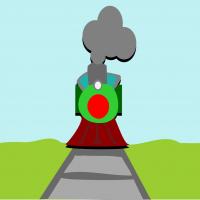 I Am A Steam Engine

Game Over, The Story Of A Rat And A Cat