Fox And The Young Rabbit Story 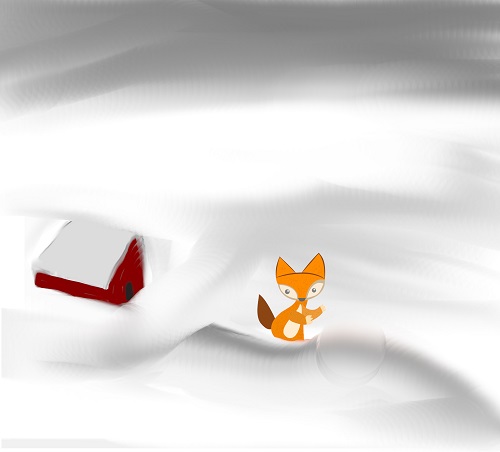 Fox of the winter

The winter was tough on the fox. She was hungry and needed something to eat to keep herself and her family warm to survive the hard winter. One morning, she left his house in search of food. On her way, she saw a rabbit. She hid behind a tree. The young rabbit was playing alone.

“Hello cute rabbit, would you mind coming with me to my home to play with my children?” asked the fox.  “No, my mom told me don’t go with anybody,” the rabbit said politely. “Who said I am anybody? I am a good fox mother of three cute fox babies. Want to see them?” said the fox. The rabbit believed the fox because he wanted to meet the fox babies.

Together they went. The fox had a beautiful house. The fox opened the door and let the rabbit in. The fox was right, she had three cute babies, but they were not friendly. Suddenly, the fox closed the door, the rabbit understood that he is trapped. What to do now? He saw a small opening on the wall. Somehow he jumped and managed to escape. He ran as fast he could, finally reached home with a panting heart. “What happened dear?” his mother asked him. The rabbit told her everything that had happened to him that day. The mother rabbit heaved a sigh of relief, consoled him, and commended him for his timely action, escaping from the fox’s den. 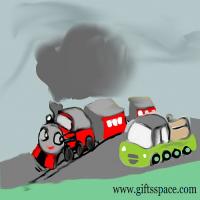 Truck And The Train Race