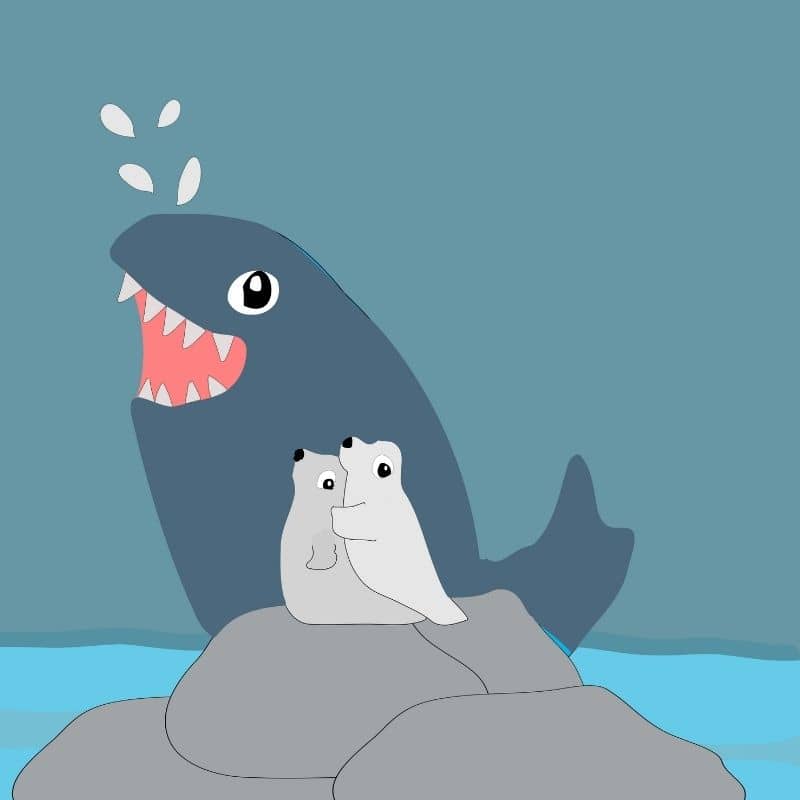 Look, How Big He Is!

Anxiously Waiting For A Big Surprise

“Hey, wait here, the blue whale usually appears in this spot,” the sealion told his friend. Both the sea lions were waiting for the blue whale to appear. The blue whale goes that way, once in a year, during the summertime.

The sea lions patiently waited for the blue whale. They have heard about many blue whale stories, and today, they will see a real one. Both the friends were very much excited. How big he is, how many teeth does he have?” there are many questions in the curious minds of the sea lions.

“I am going to count his teeth,” one sea lion said.

“I would like to see how high he jumps,” said the other sea lion.

Both the friends waited patiently. They saw big waves in the ocean. “Hey, I think the blue whale is coming,” sea lions whispered each other.

There he is, a large blue whale appeared before them. “Wow, look how big he is,” screamed the sea lions. It was bigger than they thought. The blue whale jumped above the water and smiled at the friends. Sea lions struck with fear. “I am afraid that he will swallow us. Just get out of this place,” said one of the sea lion.

“Hello, friends, nice to see you. I will not harm you. I know you both were waiting for me,” said the blue whale. 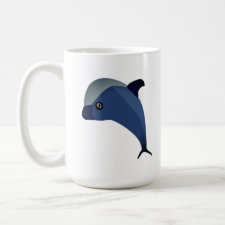 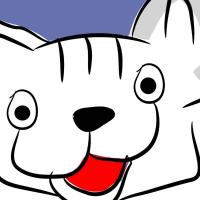 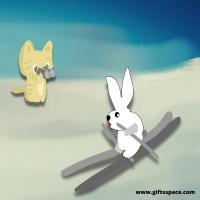 Learning A Hard Lesson In Skiing 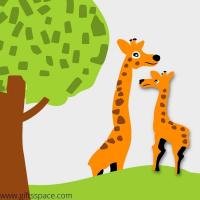