Monkey And The Tiger 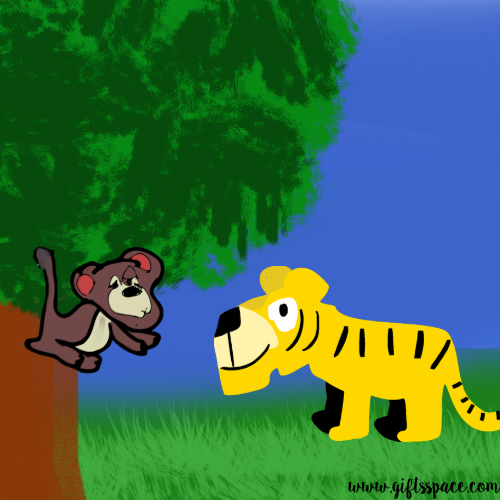 The tiger was in a hurry to catch some rabbit. He just got some information that there are some rabbits that were hiding inside a bush.  “Today is a great day for me, I will catch them all,” thought the tiger.

“You look very handsome in your beautiful yellowish-orange fur,” said the monkey from the top of the tree. The tiger was very happy to hear from the monkey praising him. The monkey continued talking to the tiger, and their conversation lasted for a few minutes. When the monkey made sure that the rabbits got enough time to escape, he stopped his conversation and disappeared into the jungle. The tiger also went his way, unaware that he just missed a great hunting opportunity. He searched for the rabbits everywhere but couldn’t find them. The rabbits reached a safe place and thanked the monkey for his timely help. 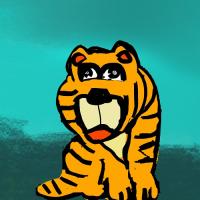