Don't Let Me Down! 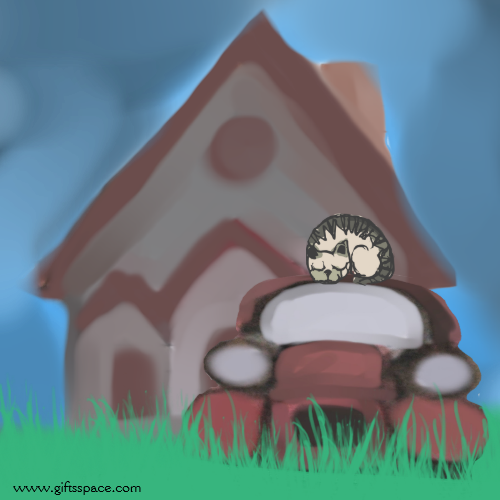 This old building is the home of this old cat for a long time. The cat came here when he was very young. He made this house his home because there was nobody else living there and the cat loved a lonely life. Ever since he was there, this old car was also there.

The cat made that car his second home. Every day, in the morning the old cat would spend his time over the car. Sleeping, eating, and again sleeping he had nothing else to do! One day while sleeping on the roof of the car, he felt something strange happening around him.

When he opened his eyes, he saw some strangers who were attempting to start the old car. “Stay away from my car, or I will teach you a lesson that you will never forget in your life,” grumbled the cat at the strangers.

But those people were not listening to the cat. They continued their struggle to bring life to the car’s engine. The cat wished the car would never start so that they will leave the car with him. But after a lot of trials, the car finally came to life. The disappointed cat had to get down from the car. The strangers took the car, leaving the cat alone.

A few months passed by. As usual, walking on the street, the cat heard a familiar sound from behind. Looking back, he saw his old car, but it had a complete makeover, it was very much new, well painted and polished, the car was shining like a diamond. New the old cat was happy, anyway my car got a new lease of life. He wished the car all the best, and the car smiled at him. 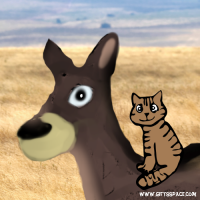