Dog Helping A Bird From The Snake 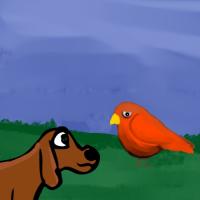 One day, a bird came to see Walter, the dog. She was literally crying before the dog. “Hey, what happened? What’s the matter? Why are you crying?” asked the embarrassed dog.

“I’m in deep trouble. A yellow snake is trying to steal all my eggs. The last batch of eggs I laid was eaten by that cruel snake. I am sure that he will come again. Can you help me to get rid of that snake?” asked the bird. “Ok, bird, don’t worry. I will surely help to get rid of that yellow snake. But we have to plan very well for that because he is very poisonous. So we have to be careful,” said the dog.

The bird showed the dog her treehouse. The dog assured the bird of his help to save her family from the cruel snake. From that day onwards, Walter was watching the tree when the bird goes out for food. One day while the bird was out, Walter saw the yellow snake. The yellow snake slowly climbed the tree after making sure that the bird was not at home.

“Stop there,” the dog barked at the snake. “I know that you are stealing the poor bird’s eggs. If you climb the tree, you will have to face the consequences,” warned the dog. But the snake just ignored him.  What happened next was hilarious. The dog pulled the snake down by pulling its tail. Every time the snake attempted to climb the tree, the dog would repeat this. After several attempts, the snake cursed the dog and went home. The bird thanked the dog for his timely help. 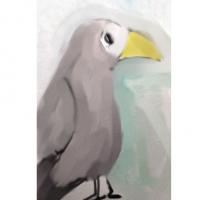 Old Raven And His Fading Memories 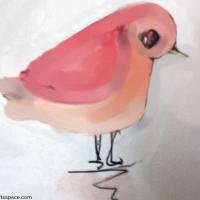 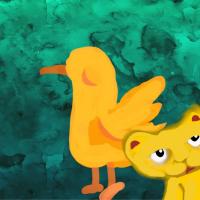