Bear Who Will Never Catch A Duck Again 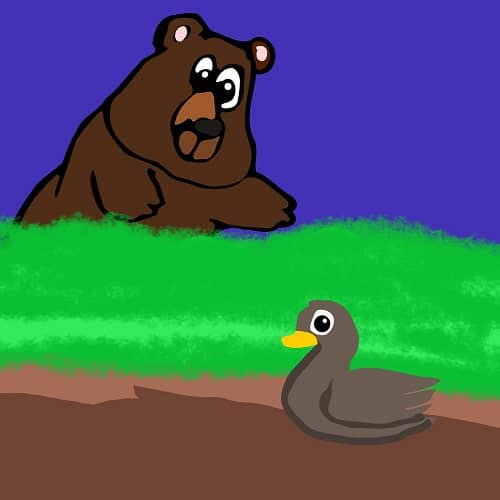 Why are you so shy?

One day, a duck was swimming in the pond, like any other ducks, she had a lot of things to do in the pond like spotting worms to eat, chatting with frogs, and so on. The duck felt that somebody was watching her over. She was right, it was a bear hiding in a bush to catch the duck.

“Hey, why are spying on me? Just come down, let’s play together,” the duck said to the bear. The bear wanted to catch the duck and eat it. The duck was aware of his bad intention but still invited him to the pond. “Ah, this is a great opportunity to catch the duck without any hard work,” thought the bear as he walked into the pond.

“Hey, it’s very cold water here, I have never been into this pond,” said the bear. He spent some time with the duck and suddenly caught the duck on its neck. At the same time, the bear had this unusual feeling. He felt something was pulling him down. It was a crocodile pulling bear’s feet. The bear released the duck. The crocodile dealt with the bear very harshly. Somehow, the bear managed to escape the crocodile and escaped with a bleeding leg. The duck laughed at the bear and warned him not to come back again to catch him. 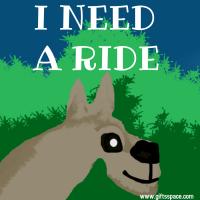 All I Need Is A Ride