Bear And The Lion Story 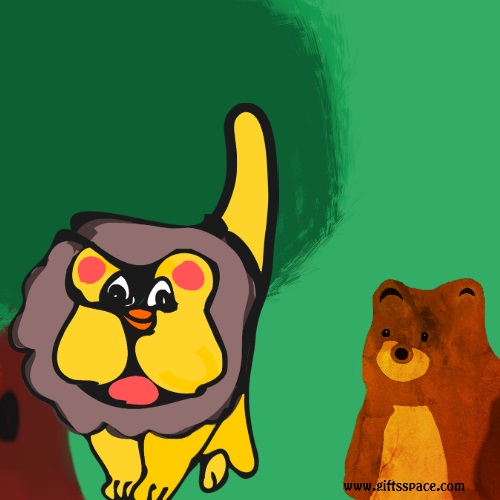 You Better Search For A Shelter, Mr. Lion!

“I knew that you will be here, I was looking everywhere for you,” said the bear. The lion was taking some rest after a heavy meal, he managed to hunt down a big buffalo and was busy finishing it before the silly hyenas come for their share. It required a good deal of effort to eat the buffalo.

“Hey, Mr. Bear. Tell me, what made you come here? Do you need any kind of my help?” the lion asked. “I have an important piece of information to share with you, Mr. Lion. You should take immediate action or we all going to be destroyed. “Who said this false news. No flood will come here when I am here. Now go home peacefully,” said the lion. The bear tried to convince the lion about the seriousness, but he was not going to listen. So the bear left the place.

“I’m not going anywhere, no water will ever come my way!”

After a few days, it started raining. All animals were happy to receive the much-awaited rain after a grueling summer. The light shower slowly changed its phase, turned into a thunderstorm. The rivers in the jungle started overflowing, and all the animals were running for shelter. They asked the lion also to escape, but the lion was still stubborn. “I’m not going anywhere, no water will ever come my way,” he arrogantly said, and he went to sleep.

“Hey, what’s happing? the lion couldn’t understand what the hell is happening with him. Soon he realized that he was afloat in the floodwaters. He could see other animals taken refuge at the top of the mountain. But he was late. He cursed himself for not heeding the warnings. The floodwater took him away and nobody saw him again! 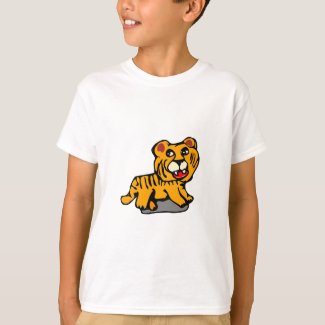 Tiger TshirtGood Tiger wants to play with you! 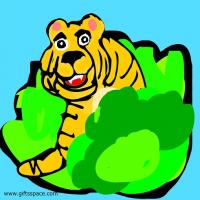 The Tiger Who Needs Some Peace Of Mind