Ah, You are waiting for me, just a sec.

The hungry tiger spotted a deer. Wow, today is my day, all I have to do now is just grab him by its neck, an easy kill, thought the hungry tiger. With small footsteps, he started moving towards the bush, where an unsuspecting deer was enjoying the fresh and tasty leaves. Often he comes to this place with his friends, but this time he was alone..

The tiger got very near to the the deer. Now it’s a matter of deciding when to make the kill. He was pretty sure of having the deer as his lunch.

Just at that precious moment, a bird started chirping, warning the deer about the tiger.  The deer sensed the danger, jumped out of the bush and started running as fast as he could. He had a narrow escape from being killed by the wild animal. Anybody can help anybody, sometimes it just requires a chirp, that could save a precious life. 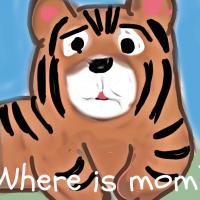 Worry Of A Baby Tiger 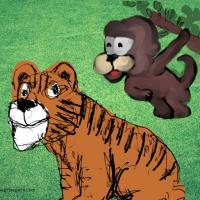 Tiger And The Monkey 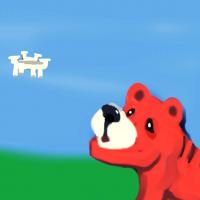 The Drone And The Tiger