You Are Now Entering The Rhino Gate 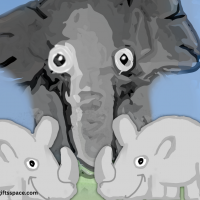 Please stop and pay your fee!

There are plenty of rhinos roaming around in the forest. They are sharp and strong. Have got strong hones that could even overthrow a lion. So everybody respects the authority of the rhino.

So, here is an elephant seeking permission from the rhinos to pass through the rhino territory.

What is the fee? 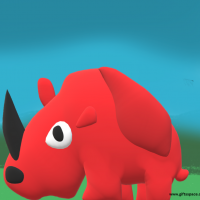 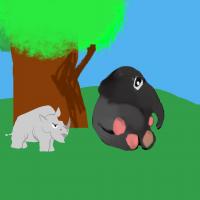 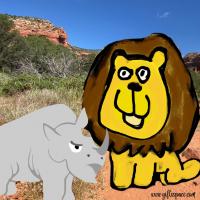 The Lion And The Provoked Rhino 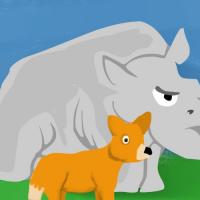 The Fox And The Rhino