Playing Smart On The Fox 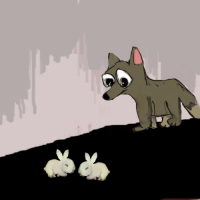 Hey, don’t move, that cunning fox is behind us staring at us. We should be careful in dealing with the fox. No need to panic just stay calm, it’s time to act smart. Let’s distract him by pretending that we are doing something important. The rabbit plan worked out, the fox was curious about the rabbits.

So the curious fox stood just behind the rabbits, watching them closely. When the fox heard what they were talking he was shocked. The rabbits were discussing a certain lion in their territory who kills foxes because he didn’t like them. “I have seen that lion finishes a fox just with one blow,” one of the rabbit exclaimed.

“Oh, I must escape right away, its good that I heard the rabbits talking,” the fox ran as fast as he can, disappeared into the wilderness. The rabbits were happy because their plan worked. 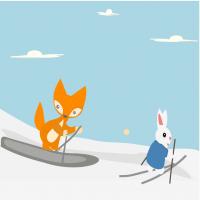