Once Upon A Flood Time

It was a mid-summer afternoon. Animals in the forest were in a sleepy mood after having their lunch. Everything was pleasant and silent. The elephant was sleeping in the woods.

The elephant woke up hearing a strange noise. “Hey, what’s happening around us?” the elephant asked the wandering monkey. The monkey had fear in his eyes, who looked terrified sitting at the top of a tree. “Hey, it’s a thunderstorm on our way,” the monkey replied.

Suddenly, it started raining. The rain was so heavy, and it was continuously raining. Soon the forest was submerged in the flash flood. Animals were frantically running here and there to escape from the rising waters.

After a few days, he was taken back to the forest where he came from. The elephant thanked people for the care they showed to him. He waved his trunk and said goodbye to everybody with tears in his eyes. He walked deep into the forest to tell his family about his floodwater adventures. 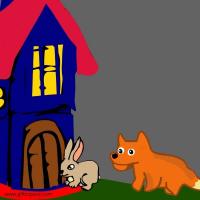 Misguided Fox And His Adventures 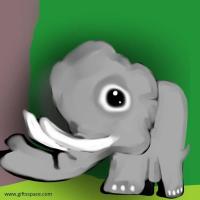 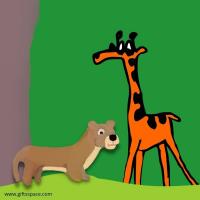 Giraffe And The Lioness Cartoon