Lioness Getting Rid Of Hyenas

Hey, Get Ready, Here They Come!

“Why are you sad, my dear husband?” asked the concerned lioness.

“Those bad hyenas are giving me trouble. Every time I go hunting, those silly hyenas follow me. When I hunt down an animal, they come and snatch the hunt from me. This is too much. We do all the handwork, and somebody snatches that away from us,” said the lion.

“You can stop worry my dear husband, these hyenas will not trouble you again. Let me talk to them,” said the lioness. The lioness went straight to the hyena’s place. There were a number of hyenas attending a meeting. Buena were discussing about the best method to snatch the lion’s hunt away.

“We need to be careful. Many of us are losing our lives to those silly lions, because of lace of proper planning” said the hyena leader. The lioness was hiding near the bush, hearing everything the hyenas were discussing. Finally, the lioness had a dramatic appearance before the hyenas.

“You shameless creatures, why are you snatching our food away. Only cowards do that. Let me propose a good plan that will work out for both of us. If you need something, we’ll hunt together,” she said. “Um, that’s a good idea, but we don’t know how to hunt ourselves,” the hyena leader said. Don’t worry, we lions can teach you,” said the lioness.

The lioness took hyenas to the lions. The lions were eagerly waiting for them. As soon as the lions saw the hyenas, they charged hyenas with powerful blows. The hyenas couldn’t resist, and they ran away with their life and went to another place, and the lions never saw them again in their territory. 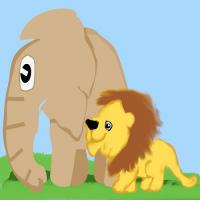 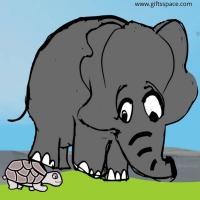 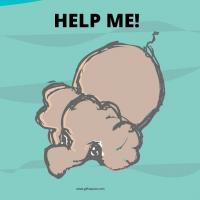 Once Upon A Flood Time