A Case Against Bull Dog Beware, you are being targeted!

The cat and the dog friends were discussing on a bulldog, which was causing a nuisance for them. He just comes and interferes in their personal matters and find reasons to start a fight.

“We have to do something about that nuisance before he crushes us down,” said the cat. “You are right, I don’t like the way he behaves, he has no manners. He thinks he is the strongest dog in the world. Have you seen how he is walking? He always walks like a king wearing a serious look on his face. He thinks he is from another planet” said the dog.

They heard a sound and looked back, it was the bulldog they were talking about. Both of them got frightened if he learned about their discussion, that would be the end of their lives. “Um, what are you doing here?” asked the bulldog. “Oh, we were just discussing the weather. This time winter is too severe and we find it is difficult to survive the cold,” said the dog and the cat.

“Ok, I thought you were making fun of me, don’t ever do that, Ok?” said the bulldog as he walked away. The dog and the cat friends were greatly relieved because the bulldog didn’t hear what they were discussing about him. 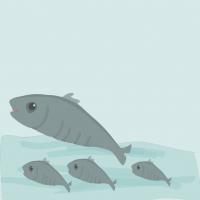 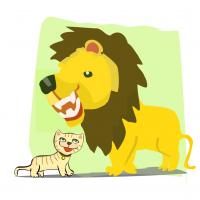 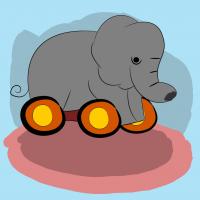 Will You Come For My First Show?