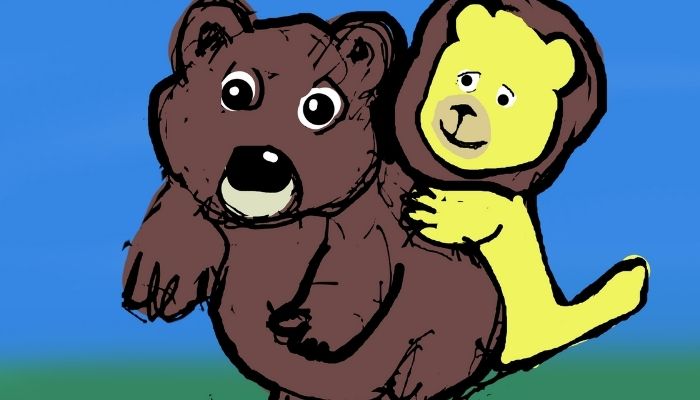 Stay still, it's now my turn. Take me around!

“Don’t worry, mom, we are just playing around,” shouted the baby bear playing with a lion baby.

The bear’s mother, who returned home after a day’s hard work, was shocked to see her dear cub playing with a lion cub. Usually, that never happens. A bear baby is supposed to play with another bear baby, and a lion baby is supposed to play with another lion baby. That’s the rule of the predators. But soon, the mother bear was relaxed and started enjoying the two babies playing.

Later that day, the lion’s mother came in search of her baby. The mother lion was also shocked to see her son playing with a bear cub.

“You don’t worry, mother. We are just being good friends and playing around. ” said the baby lion to his mother.

Giraffe And The Elephant Visit

Chimp In The National Park 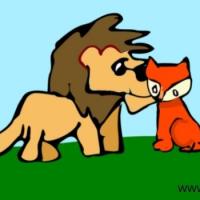